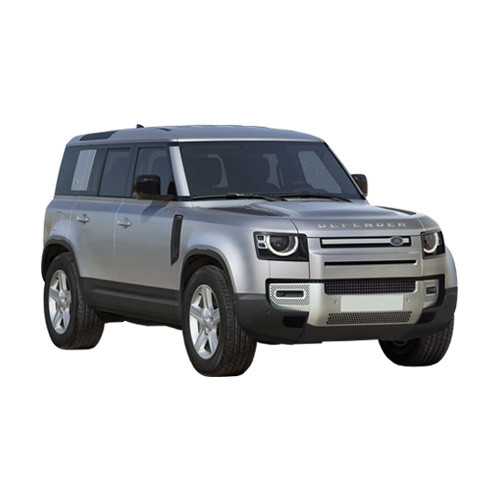 When the last Land Rover Defender rolled off the production line back in 2016, it was hard to imagine this icon reborn. However, on 10th September 2019, when the new Defender was unveiled at the Frankfurt Motor Show it became abundantly clear that Jaguar Land Rover’s ambitions for the new vehicle weren’t to replicate the Defender, but create a totally new modern vehicle heavily inspired by it.

Like its predecessors, the new Defender range features the Defender 90 and the larger Defender 110. Along with this, there are four Accessory Packs available: Explorer, Adventure, Country and Urban.

A Look At The New Defender

In this article, we’ll take a look at the new Defender, from the design to its technology, as well as exploring must-have Defender parts and accessories to help you make the most out of your new vehicle…or tip the scales if you’re on the fence about getting one!

It’s fair to say that the exterior styling of the new Defender has undergone an evolution of sorts. Understandably, Land Rover’s focus in creating this new model is to appeal to a global market, as the car is now sold in 128 territories and has been engineered to meet global car regulations in both China and the US. Therefore, the departure from the utilitarian look of times gone by is understandable, with the overall exterior look of the new Defender being rugged yet more sophisticated, sleek and modern.

That’s not to say that the design has not been inspired by its predecessors. Far from it, actually. The new model still features the short front and rear overhangs, the familiar squared-off wheel arches and the rising roofline. Land Rover design director Gerry McGovern described the recognisable silhouette of the Defender as one “even a child could draw” however the revamped design goes far beyond simple to communicate its premium nature and attract a whole new audience of Land Rover enthusiasts.

Optional extras for the exterior include a folding fabric roof, roof-mounted tents, side ladders, side window carriers and the addition of a spare wheel to the back. These rugged extras give owners the flexibility to utilise the car’s off-road capability, should they wish, without distracting from the car’s premium features and sleek finished look.

The Defender has never been popular for its high-tech abilities. And so, it’s newest iteration remains modest in the way it showcases its technology. While the new Defender does feature a 10” digital screen housing Land Rover’s next-gen infotainment system Pivi Pro, it is not integrated into the dash which gives a more rugged finish to the interior of the vehicle.

Further along, the dash-mounted gear shifter is shimmied over to accommodate an optional ‘jump’ seat with three-point seat belt. This throwback chimes with the early Land Rovers, which featured three front seats, and is a charming addition to the new modern vehicle and a nod to just how practical it is designed to be. There’s certainly no attempt of style over substance here!

The Defender was launched with a choice of both four- and six-cylinder diesel and petrol engines. Then, towards the end of 2020, a plug-in hybrid version of the Defender 110 was released featuring a 2.0-litre petrol engine and 105kW electric motor.

It sits on Land Rover’s D7x platform, which is touted as the stiffest body structure ever to be produced by them. Land Rover also claims that the new Defender has been heavily tested on all kinds of terrain ranging from deserts, to mountains and even the Arctic! To help with off-road driving the Defender features Configurable Terrain Response which can be set to a range of conditions or left to automatically detect them. There are also 3 levels of throttle and gearbox sensitivity aimed at boosting driver control.

At launch, the Defender was available in Defender, S, SE, HSE, First Edition and X models, along with the four accessory packs. Each pack features different characteristics for the theme. For example, the Country pack features wheel arch protectors and mud flaps, while the Explorer pack comes with a roof ladder and roof rack.

Other optional extras include the addition of an electric winch, pet accessories, portable showers, tents and awnings.

If you are looking to kit your new Defender out with the latest and greatest accessories, you’ll find them all here at John Craddock. From exterior parts including wheel arch protection, raised air intake snorkels, and treadplates to floor mats, roof racks and interior accessories, you’ll discover a high quality range all in one place and ready to purchase online with delivery available worldwide!

This month, we take a look at how you can get your Land Rover prepared for the upcoming spring season...