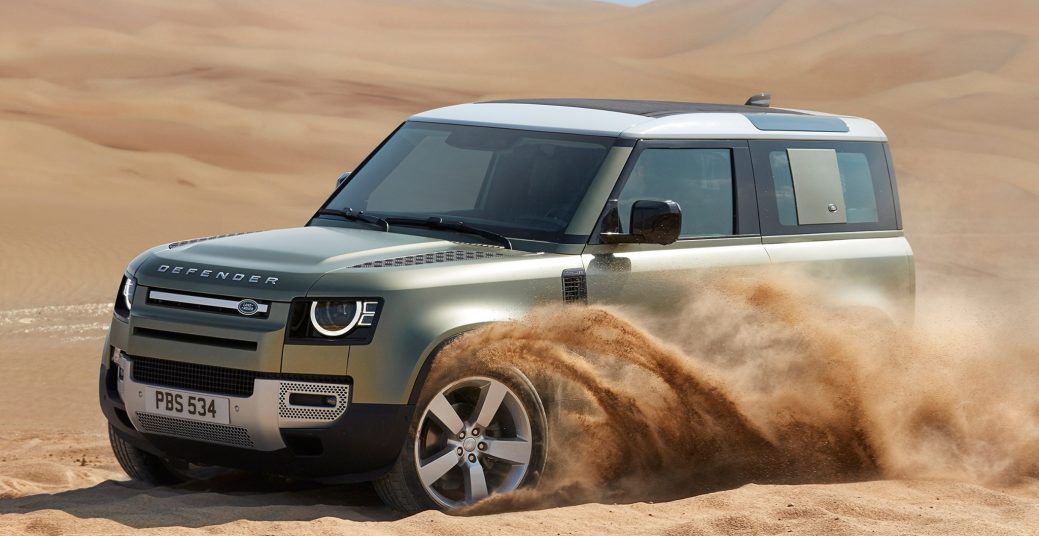 Here at John Craddock, we love to see what the engineers at Land Rover are coming up with, and we have some very exciting news for you today. Earlier this summer, Jaguar Land Rover announced that they have begun development of a hydrogen fuel cell-powered vehicle (or FCEV) based on the newest Land Rover Defender.

The current Land Rover range consists of plug-in-hybrid, mild-hybrid, fully electric and the first-class petrol and diesel engines that Jaguar Land Rover is famous for.

Project Zeus has been funded by the Advanced Propulsion Centre – a non-profit organisation based in the University of Warwick.

As well as meeting the high, world-class demands required of every Land Rover, Project Zeus will answer key questions about the feasibility of FCEVs as off-road vehicles. As part of this, key considerations for the project include:

Hydrogen fuel cells have a number of other advantages over traditional fuel engines and fully electric engines. Unlike traditional gas or electric vehicles, hydrogen fuel cells work by using a hydrogen and oxygen reaction to generate an electric current – meaning no more trips to the petrol station. More importantly, FCEVs create no emissions whatsoever — their only by product being water.

Unlike petrol or diesel, hydrogen is extremely abundant. Not only is hydrogen a very common element — scientists think that anywhere from 75% to 98% of the universe is made of it — but there are also a lot of different ways of making more.

Project Zeus is the newest in a long series of projects undertaken as part of their Reimagine Strategy — which aims to eliminate tailpipe emissions by 2036 and achieve net zero carbon emissions completely by 2039. Previous successful projects include the release of Land Rover’s first electric Defenders in 2013 and their release of a plug-in-hybrid Defender in 2020.

The adoption of hydrogen fuel cell technology in Land Rover’s commercial range will have massive repercussions. The Land Rover Defender is one of the most versatile and independent vehicles in the world, able to explore the desert and jungle just as well as it can the urban landscape. By adopting hydrogen fuel cell technology, Land Rover would be cutting their emissions dramatically and untether their vehicles in a way previously thought impossible.

According to Ralph Clague, Head of Jaguar’s Hydrogen and Fuel Cells Team, the work done as part of Project Zeus will play an important role in the future of the powertrain mix across the entire transport industry — with the aim being for FCEVs to take a place alongside battery-powered and hybrid vehicles.

Development of Project Zeus is already well underway, with testing set to begin in the UK in the latter half of 2021.

John Craddock is the world’s foremost Land Rover parts and accessories supplier. We’ll keep you updated on the progress of Project Zeus as news is released.

In the meantime, if you have any questions about the Land Rover Defender L663, or any other Land Rover models, get in touch with us today. Our experienced and dedicated team will be happy to answer any questions you may have.

Summer's almost over and what a summer it's been. In June, Jaguar Land Rover announced that they were working on a hydrogen-powered Land Rover. But before autumn and winter sets in, it's the perfect time to do some off-roading.