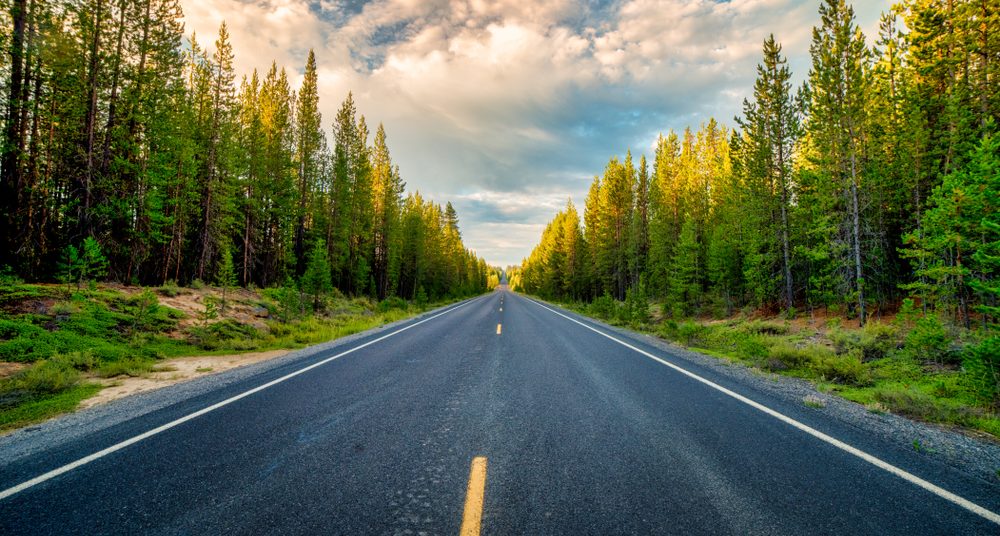 Oregon is a great place for a road trip. There’s no two ways about it.

Some parts of the state are as removed from the hustle and bustle of the busy city as possible, while others are comparable to any city on Earth. It can be as hot as California or colder than Alaska. And it’s as far from the English Midlands as possible – where the Land Rover was born and continues to be manufactured. With all of this going for it, it’s easy to see why Oregon is the perfect spot for a good old fashioned Land Rover road trip.

In this article, we’re going to take you down the Oregon Coast, starting from Astoria, just south of the Washington border, and going south all the way to Lincoln City, about half-way down the Oregon Coast. It’s not a short trip by any measure – and it’s half of the entire Oregon coast – but it’s a worthwhile one to take, and once you’re done you’ve got more than a few options about where to go next.

So, without further ado, let’s start our trip down the Oregon Coast!

From Astoria to Lincoln City

Astoria is, outwardly, a small town that’s just a little bit too big to really be called a small town.

The buildings are small and unassuming, the homes have white picket fences, and Its massive bridge stretches over the south bank of the Columbia River. But at the same time, it’s a massive metropolis – really massive  – and there’s enough history in the area to fill more than a single book. And what’s more: because the city was laid out in the era of wagons, even the biggest Land Rover will have no issues getting around the city.

Before you’ve even left the city limits, you’ll already be able to see some fantastic sites from the driver’s seat of your Land Rover. Astoria is full of interesting places, such as the Astoria Column, the Oregon Film Museum, and the Fort George Brewery.

Not in the mood for tourism?

That’s not a problem. For our nature admirers in the audience, Astoria is full of greenery, and you’ve also got the Columbia River – the largest river in the Pacific Northwest – nearby. Astoria is famous for its seafood, so why not park up  for a while, find a great fish place and watch the river for a little while?

Fort Stevens was established during the Civil War as the Fort at Point Adams and was meant to deter the British during the Pig War of 1859. During World War 2, the area came under the control of the US  Navy, who used it as a radio station – a situation which attracted the Japanese Navy and led to the bombardment of Fort Stevens during the war – the only such attack on the continental United States during the entire war.

Today, Fort Stevens is a nature reserve and a quiet beach. If you’re interested in history or would just like to spend some time out in nature, recommend you spend some time in the area. You could learn a thing or two about American history from one of the tour guides or you could have a nice stroll out in nature. For our money, either reason is good enough reasons to stop off in Fort Stevens.

Once you’re done taking a look around Fort Stevens it’s time to head down to Seaside – a wonderful small town on the Oregon Coast, famous as a vacation destination. To get to Seaside, you go down Russel Drive from Fort Stevens, heading south until you have to turn on Pacific Drive. From Pacific Drive you want to follow the curved road until you hit Lake Drive. On Lake Drive, turn South and then follow the road, past the KOA resort, the Japanese I-25/Fort Stevens Marker, By now you should be on the Ridge Road.

Continue to head south until you find yourself on the Columbia Beach Road. Here, you should turn east on Columbia Beach Road and then south down 104/the Oregon Coast Highway. We know that these sound like a list of checks to complete, but you really shouldn’t think of these directions that way.

Yes, the way to Seaside is long – and the directions are complicated – but it’s a breathtaking journey that will take you through some of the most  picturesque landscape that the Pacific North-West can conjure. On the western side, you’ll have the Pacific Ocean in all its glory, and on the eastern side you have the great state of Oregon and its mix of rainforests, near-deserts, and urban environments.

Once you’ve finally arrived in Seaside, we recommend that you spend some time looking around the town, as it is honestly one of the prettiest towns in the state. You can drive through the  town, of course, but if you do this you’re at serious risk of missing out on some local delights, such as the Seaside Aquarium or the stunning 1.5 mile long ocean promenade, and some of the local food. Seaside is famous for its seafood.

The next phase of the trip takes you towards Pacific City in the south of the state. This is a 73 mile trip that goes from Seaside right down to Pacific CIty, going through the width and breadth of the state. On the way, you’ll pass through small towns, national parks, and other local wonders – Oregon’s bread and butter. Hypothetically, you can make the trip in an hour, but we recommend that you stop at least a few times – if for no other reason than to take a look around.

Once you and your Land Rover/Range Rover have arrived in Pacific City, you should spend some time exploring the landscape and local area. Pacific City features some absolutely stunning beaches, such as the Cape Kiwanda State Natural Area, and some fun non-beach activities such as the Twist Wine Company. Take a look around, explore, and find what’s great for you.

From here your journey is your own. If you want, you can continue down the Oregon Coast towards California, passing through Newport, the Siuslaw National Park, and then eventually the Gold Beach. Alternative, you could turn inland – go through Eugene, Salem and then Portland.

Let us know what you choose!

Our registered office is in the English Midlands, not far from the birthplace of the Land Rover, we have specialized in Land Rover parts and accessories for over fifty years. Today, we are one of the largest and most trusted independent suppliers of automobile parts in the world.

For all your Jaguar Land Rover spares and parts contact John Craddock today!

April 2022's magazine is all about the coming summer and what that means for you!