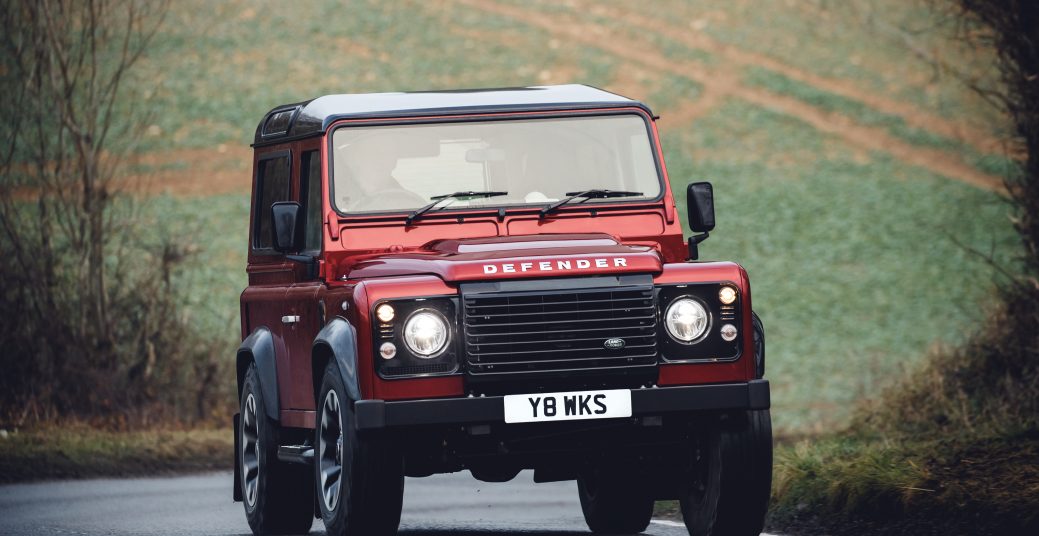 What Is The Best Land Rover Defender Engine? (Part II)

Back in January, we started to explore the many different engines of the Land Rover Defender on a quest to find out which is the best. In Part I of this series, we took an in-depth look at five early Defender engines ranging from 1983 – 1991. In the second part of this article, we’ll take a further look at later Defender engines, exploring the pros and cons of each.

Ready to get stuck in? Let’s do it!

Up till now, we’ve taken a good look at early Land Rover engines which were used in the Defender and its early models. These are the 2.25-litre diesel, 2.5-litre diesel, 2.5-litre petrol, 3.5-litre V8 carburettor, and the 2.5-litre diesel turbo. For each, there are a wide range of pros and cons in terms of performance, longevity, fuel consumption, maintenance, noise and more! In this article, we’ll do the very same with later Defender engines, to help you decide which is the best in this clash of the titans!

The 3.9-litre V8 was lifted from the most current Range Rover at the time and was primarily used in the North American Specification Defender 90 and 110. This was because the engine had already gained USA emissions clearance from its presence in the Range Rover. While this engine across the pond offers a smoother, quieter ride than its siblings, its high fuel consumption might be a major turn off for some, not to mention that this engine eats camshafts and valve gears if engine oil is not changed regularly.

The 4.0 litre V8 injection engine is another model only available across the pond. Available exclusively for short wheelbase models of the Defender, and featuring an automatic transmission this V8 version featured a Bosch Motronic electronic fuel injection. When the 1998 50th Anniversary Defender model was released in 1998, it also featured this engine.

The 2.5-litre Td5 engine was conceived because the Discovery’s engine was too short to house BMW’s six-cylinder diesel. As Land Rover’s last in-house diesel, it was very successful with consumers however its popularity did not extend to the armed forces who continued with the 300Tdi at the time. The Td5 is most often lauded as Land Rover’s best performing diesel at the time. It offered a range of well-loved features including the ability to stop and start in gear on a steep incline, good sound even at high speeds, improved acceleration, reliable electronics and plenty of tuning options.

Following the introduction of new European emissions legislation, the TD5 was discontinued to make way for the TDCi, which featured in the current Ford Transit of the time with the addition of a few modifications including lubrication, sealing and anti-stall systems. The TDCi was lauded as one of the quietest due to combustion developments, solenoid-actuated fuel injectors and the ability to turn a higher top gear.

The 2.2-litre TDCI is a development of the 2.4-litre engine, offering similar performance and fuel consumption. It was favoured for its improved acoustics and combustion efficiency, along with the inclusion of a diesel particulate filter. Its pros and cons were very similar to its predecessor with good tuning options and all the latest technology to be expected from Land Rover at the time.

The Best Defender Engine: Our Verdict

The Defender has enjoyed a rich and varied history when it comes to engines. From the legendary Tdi motors to the introduction of the TDCi engines with their advanced technology, it’s almost too close to call which is the very best Defender engine. But you know us, we’re not ones to sit on the fence. For us, it’s the TD5 which just pips its other competitors to the post simply because it is the most iconic and well-matched to the evolution of the Defender. As an in-house build, the Td5 features a boat load of technology which propelled it to become the best performing and nicest sounding engine without taking away from its repair and maintenance possibilities.

Spring has almost sprung and we couldn't be more excited. Take a look what's going down in our March 2021 issue!