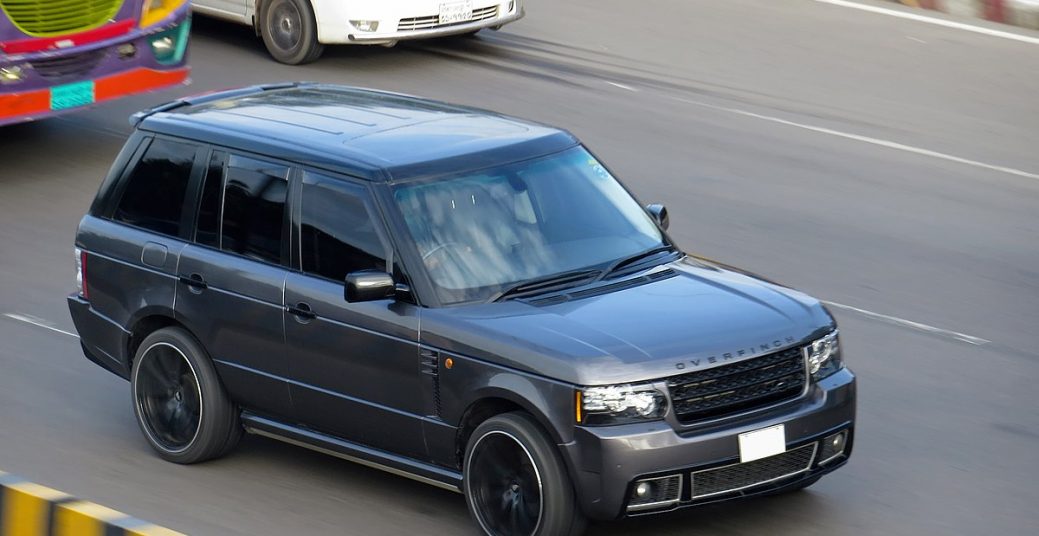 This year we celebrate the 20th anniversary of the start of production of the Range Rover L322 – the third iteration of the veteran and widely successful Range Rover line. So, we’ve put together this spotlight article about the model that made Range Rover a true luxury SUV.

Development of the L322

The previous iteration of the Range Rover, the P38, had been developed by the Rover Company when it was still owned by British Aerospace. At the time of its release in September 1994, the P38 was not viewed well by the media. There was a feeling amongst some that the Range Rover lacked the ‘presence’ of the initial Range Rover. Furthermore, the problems surrounding its design and production were well known.

The new corporate management of the Rover Company quickly concluded that the P38 would not have a long lifespan in comparison to its predecessor. Plans for a Millennium Edition were cancelled. The resources from that cancelled model were transferred to the development of the Land Rover Discovery and the next model in the Range Rover range product line.

It would be a long time, however, before the Range Rover L322 was born. Even its codename wasn’t set initially.

When it was finally released in 2002, the influence of BMW on its design was clear to see. For example, the L322 was designed to use BMW’s M62 V8 Engines, and its electronics were also of BMW design. The on-board entertainment system was very similar  to the BMW E39 5 Series.

Later on in the design process, Ford’s influence began to creep in too. At the time of its release in the North American in 2003, the L322 and the Ford Expedition were the only family-sized SUVs on the market with four-wheel independent suspension systems.

Because of Ford’s interest in the US market, the L322 models released in North America were modified slightly to appeal to US and Canadian drivers. It featured air control with tri-zone climate controls with interior air filters, cruise control, and a number of other unique features to make the L322 better suited to the US Market.

The first major development of the Range Rover L322 came in 2005. Announced in the North American International Auto Show, the 2005 update was a massive one for the range. They started using the LR3/Discovery Engine in the range, and a Jaguar sourced 4.2-litre V8 engine-sporting supercharged version was announced.

A year later, the 2006 Range Rover L322 was further modified with a brand new exterior. The shift away from using BMW engines to Jaguar AJ-V8 continued, with 4.4-litre 300 hp (220 kW) or 4.2-litre 400 hp (300 kW) supercharged variants. This shift in engine increased the Range Rover L322’s top speed to 130 miles per hour. It also allowed it to achieve zero to sixty miles per hour in less than six point five seconds.

Also updated at this time was the infotainment system — which now included a touch screen on and off road navigation system, telephone, rear view camera, and a wireless video system. This new system featured a 720-Watt, 14-point speaker system designed by Harmon Kardon.

In 2007, the handbrake was changed from manual to digital, and the seat design was shifted from the previous design to one resembling the Land Rover Sport. The brakes system, suspension and terrain response system was also modified. On the diesel side, the BMW M57 was switched to a TDV8 engine designed by Ford at Dagenham.

The L322 range was further refreshed in 2010 with an updated exterior grille, a multi-camera vision system, new headlight system using xenon-lights and optional blind spot assist. The interior of the L322 was also redesigned. For the first time, the range featured a start-stop button. TFT LCD panels were added to the dashboard, replacing the traditional gauges and allowing for greater customization, depending on the driver’s needs. .

2011 was the final production year for the Range Rover L322, and it saw minor styling changes. New colours were added to the interior of the vehicle. Reclining rear seats with winged headrests were introduced for the first time. The biggest change to the range came with the introduction of a 4.4 litre TDV8 litre

As well as these changes, the Rover Company released a number of special edition models throughout the L322’s lifespan. These included:

In celebration of their 20 years in the American Market, the Rover Company released a 20th Anniversary edition of the model. This special edition model came with a special pearly-white paint job and 20-inch wheel rims. Only 40 were made, with one going to a different dealer and each dealer being chosen via lottery. The final 20th anniversary edition L322 was auctioned in a silent auction to benefit charity.

This was a UK specific release of only 35 made. The specifications of the 35th Anniversary were based on the Vogue SE, and it was fitted with a 4.2-litre supercharged 400 bhp (298 kW; 406 PS) Jaguar V8 engine.

The Armoured Land Rover was designed by the Rover Company and Armour Holdings Group in 2007 to withstand grenades and machine gun fire, and to be driven while under fire.

The Autobiography Range Rover featured a rear compartment with two iPads, a fixed armrest with a laptop desk, electronic reclining seats, and a refrigerator.

Looking Back at the Range

The Range Rover L322 was a massive turning point for the range. Over its long lifespan, the Rover Company’s various owners each made their mark on the model — with each successive generation being an improvement over the last. It’s because of that John Craddock is product to carry a wide variety of Range Rover L322 parts and accessories — for both the 2002 – 2009 and 2010 – 2012 eras.

Autumn is here. That means it time to start preparing for colder weather and darker nights. Visit John Craddock to discover how to make your nights Land Rover friendly today.